Badghis in the Afghanistan Map

Badghis is one of the thirty-four provinces of Afghanistan, located in the northwest of the country next to Turkmenistan. The name means “home of the winds” in Persian and Pashto languages, referring to the steppe winds that blow into the province from the north and northwest. Badghis is irrigated by the Murghab . Its northern border extends to the edge of the desert of Sarakhs. Badghis includes the Chul formations through which the Turkmen-Afghan boundary runs. The province was carved out of portions of Herat Province and Meymaneh Province in 1964 and has a total area of 20,591 km2. It is counted as one of the most underdeveloped of the country’s 34 provinces. Qala i Naw, a small town halfway between Maimana and Herat, serves as the provincial center.The province was one of the lasted captured by the Taliban in their military offensive before the American invasion in 2001. The province was quickly retaken by Northern Alliance forces as the United States initiated hostilities.

The province was flooded by governors which was in favor of Hamed Karzai and recently Ghani Ahmadzai after Taliban removed from power. These governors did not make a positive change. Especially governor Nasiri, who was moved to Zabul facilitated the raising of Taliban.

Agriculture is the main source of people’s income and the existence of Murghab, river makes the available land suitable for cultivation. The province faced severe drought during the late 1990s and early 2000s, causing tens of thousands of residents to flee to refugee camps outside Herat. The situation has since improved. Badghis is the leading province in Afghanistan in pistachio production. It is also one of the carpet-making capitals of the country.

Education: According to information of education department, there are 457 schools with 75 high and the rests are primary and secondary schools. As many as 120,000 students with 35% of them are female students. There is one vocational high school of agriculture and one midwife training Institute in the province as well.

Badghis Province is located in the isolated hills of northwestern Afghanistan and shares its borders with Herat, Ghor, and Faryab provinces as well as Turkmenistan. The province is dominated by the Murghab River in the north and the Hari-Rud River in the south. 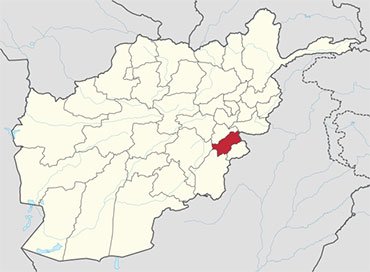